A gaming buddy here has adapted the WWI game Wings of War for Star Wars. His “Wings of Star Wars” premiered at Spring Fever, TSS’s convention in Raleigh. 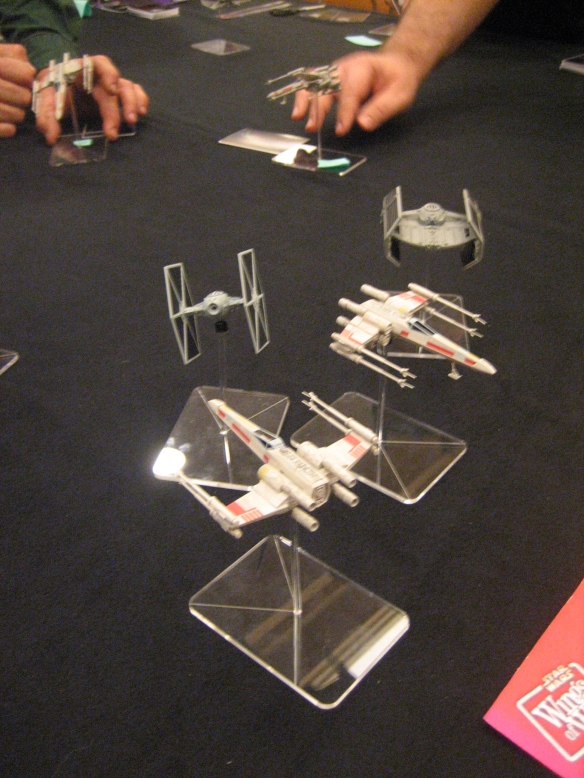 He didn’t just grab a stack of movement cards from the original either: he created all new maneuver and combat decks in the right scale, with mostly original art, and had bases made to fit his (mostly Japanese-made) ships. He had every starfighter except for the B-Wing, and special cards for all the main characters. 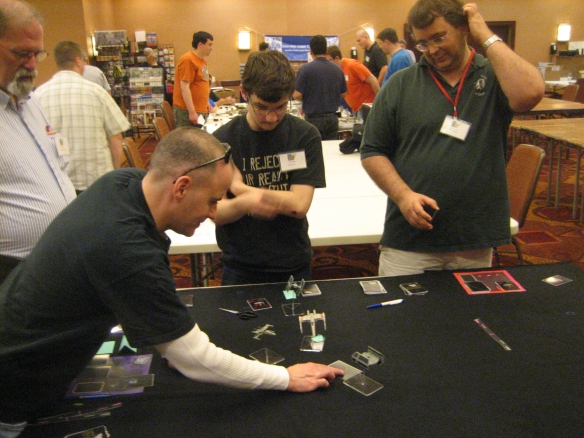 It played as well as Wings of War (not surprising), yet still felt like Star Wars (also not surprising, considering Lucas and ILM based the battle scenes on movie footage of WWII dogfights.) Brian made a few adjustments — X-Wings could link their blasters for additional damage, for example — and added new malfunctions and flavor text on the attack decks to better fit the space opera.

It’s still a work in progress, but overall an awesome adaptation. (All the more so because, back in 1977, when I realized no Star Wars starfighter board game was forthcoming, I tried adapting Richthofen’s War — Avalon Hill’s WWI airplane wargame — to X-Wings and TIE Fighers. At the time, my 13-year-old self didn’t know enough about game design to pull it off, but now I’ve gotten to see that idea come to fruition — and play it.) 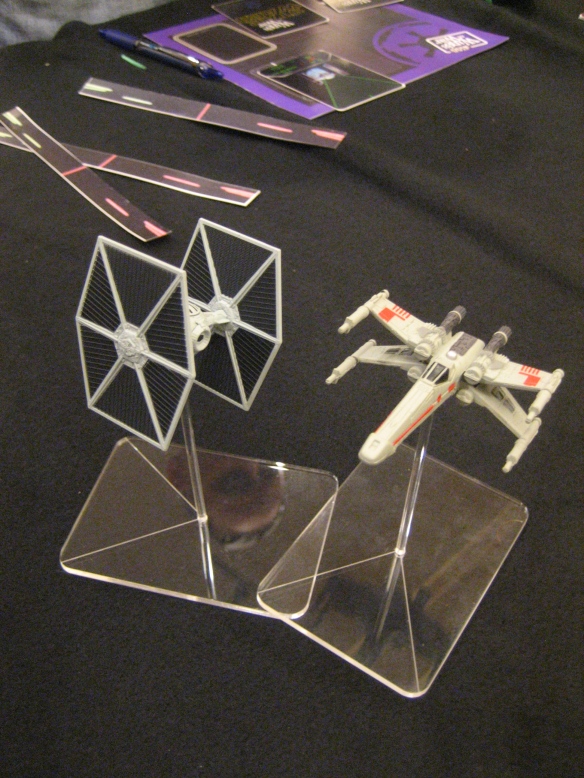