[UPDATE Speed Rally is back on Wargame Vault. Click here to purchase.] 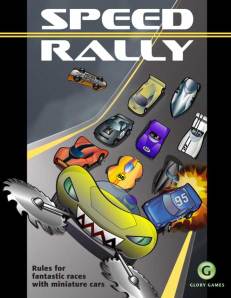 Welcome to the world of SPEED RALLY, the game of fantastic auto racing where almost anything goes. Inspired by TV shows from “Speed Racer” and “Wacky Races” to movies such as “The Great Race,” “Death Race 2000” and, yes, “Speed Racer,” Speed Rally gives you the ability to create any car — no matter how outlandish — and race them on any surface.

Speed Rally is a fast and easy set of miniature rules designed to be used with any 1/64 scale die-cast car. Whether you want to recreate your favorite vehicles from TV or film, or run wacky racers in a cartoon setting, Speed Rally gives you the rules you need to set up and run races anywhere — from terrain-filled tabletops to kitchen floors, backyards, or on the beach.

Best of all, Speed Rally is designed to use the least expensive “pre-painted miniatures” around: die-cast toy cars. It doesn’t matter if they’re brand new or from the bottom of your old toy box, Speed Rally gives you the tools to create game stats for virtually any kind of vehicle and race them against each other. 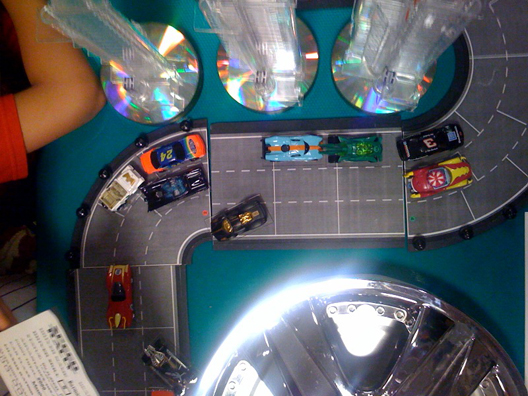 With Speed Rally, you can run street races using straightforward sports cars or create colorful superstars driving outlandish vehicles. The game takes into consideration all the action and adventure of multiple genres. Heroes, villains, secret agents and sentient cars abound — the level of detail is up to you. Whether you want to recreate characters from a Saturday morning cartoon or coast-to-coast death races where points are scored for running over pedestrians, Speed Rally has you covered. 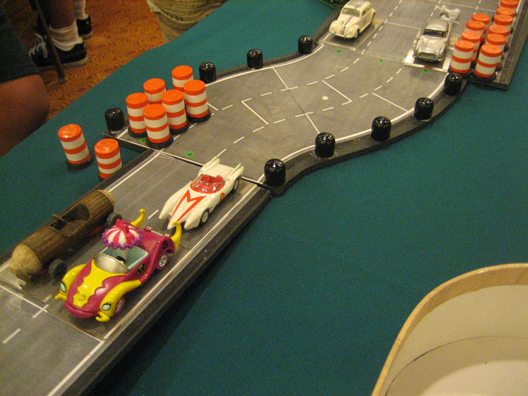 Speed Rally is playable with 2 to 20 gamers (although 7-10 is the optimal number). Rules are simple, fast and fun, and races can take anywhere from 2 to 4 hours, depending on the length of the course and the number of players. 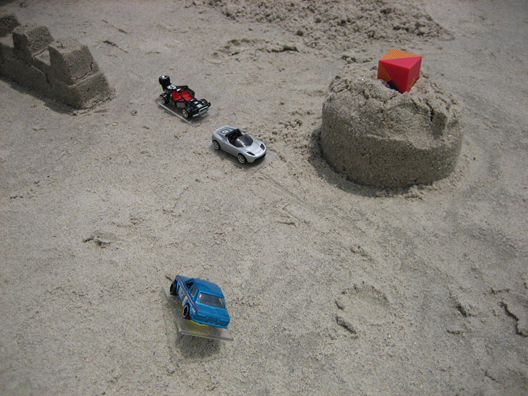 Speed Rally is available as a 48-page PDF and comes with the tracking sheets and movement templates you will need to play. All you need to add are cars and dice! 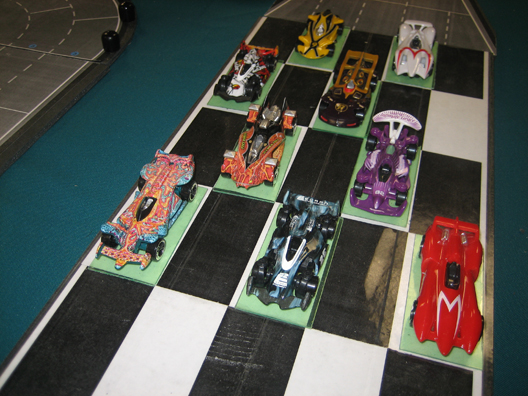 2008 — Speed Rally is first published in beta with the Pace Car Edition, identified by the blue Glory Games logo on the cover.

2009 — After a year of racing events and feedback from players worldwide, the Green Flag Edition is released. This version includes all the updates (and corrections) made to the rules, and is identified by the green Glory Games logo on the cover. (If you are still playing with the Pace Car Edition, check out the changes here in our FAQ section.)

2010 — The Spinnaker, an alternative to the gear dice the game uses to determine a vehicle’s speed, is added to the game. At the end of the year, Light Bikes, a stand-alone variation of the rules is released. Set in a digital realm, Light Bikes pits dueling cycles against one another.

2012 — Light Bikes is a finalist for an Origins Award for Best New Miniatures Game.